Our talks have covered Henry VII, Early British Colonialism, Rogues and Rievers, the Angevin Empire and England’s Angevin Kings, Napoleon III and Empress Eugenie, William Pitt the Younger, and The Cathars and the Albigensian Crusade.  We also pay visits which have included Stratfield Saye – the country home of the Duke of Wellington. We hope to include outings in our forthcoming programme which will also include events in the British Empire, Germany, Ireland, Russia.

This group enjoys varied presentations.  We have studied the 19th century with a most fascinating talk by guest speaker Chris Ekes who told us all about a local benefactor and also a lady who struggled to become the world’s first successful female composer of the 19th century.  Forward to the 20th century, and a presentation on Railway Poster Art looking at a form of art which was unique to the to it’s time.  We visited Rodmarton Manor one of the last Cotswolds Arts and Crafts houses to be built in the old traditional style by local craftsmen using local stone and timber.   We had a presentation on the many achievements of the architect, Sir Edwin Lutyens – including his many English country houses, his many WW1 memorials including the Cenotaph in Whitehall and his work in the New Delhi in India.

Moving closer to modern times via the tribulations of the suffragettes we looked at Kate Adie’s early life and her extensive reporting career over 30 years starting off as the reporter on a local radio station and finishing as one of the most famous war reporters of the 20th century, one who reported on the massacre in Tiananmen Square.

We are an active and sociable group who have still to finish the 20th century and then this will be followed by some local history. 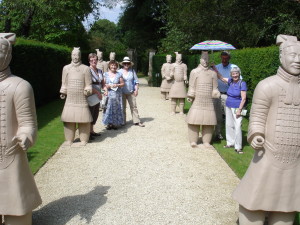 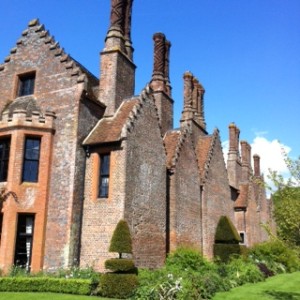 This group continues to pursue its interest in English social history by visiting places of historical interest.  Each January we meet to plan our activities for the year ahead, and responsibility for organising outings is shared amongst the members.
Our group’s activities are many and varied, including visits to museums, guided walking tours and outings to places of particular historical significance such as Bletchley Park. Recent trips have included a visit to the RAF Museum at Hendon which houses a vast collection of aircraft deployed in various conflicts; the Athelstan museum at Malmesbury with its glimpse of life in the town over 13 centuries; and Cogges Farm & Agricultural Museum which affords fascinating insights into life in rural West Oxfordshire.
During our walking tours we have gleaned information about life in cathedral cities such as Winchester or Salisbury; and closer to home have discovered how the blanket town of Witney flourished, and how the advent of the railway changed Didcot’s character
Our interest in history covers a wide timespan.  We have taken a peek into life in Roman Britain with a tour of Chedworth villa and walked around the perimeter walls and amphitheatre at Silchester. Our programme also includes places of more recent historical interest such as Hughenden Manor, home of Benjamin Disraeli, and Stonor House near Henley, home of Lord & Lady Camoys whose recusant forebears sheltered the 16th Century martyr Edmund Campion.  We do not forget our proximity to Oxford, and occasionally take advantage of this with a guided tour of one of the colleges – such as Christ Church where we took tea in the hall! – and a visit to the Bodleian Library where we were privileged to enter the famous Duke Humphrey Library.
The group  has also visited Swindon Railway Museum, Sulgrave Manor (ancestral home of George Washington’s family), Wycombe Museum, The Ashmolean Museum and the River and Rowing Museum at Henley.We have also enjoyed guided tours of Cirencester, Gloucester and Wantage.
Each December we round off an eventful and fascinating year’s activities with a fine Christmas lunch.

The well-established Genealogy Group researches and discusses many different subjects. As we gain more experience we have become seasoned detectives, honing in on small clues, something in our monthly research jogging our memory to take a look again at that old document stored in a chest and put aside until later, or approaching a missing link with fresh eyes.

Topics have included early migration, house history to discover if our descendants were landed gentry or lived in suburbia or jostled for survival in an overcrowded slum. We also look at changes in society and what influences bring them about.  The group occasionally joins with the second Genealogy Group and is delighted when it find new lines of enquiry, so we benefit from each other’s knowledge.

Group members set and discuss their own personal goals and plan how they intend to achieve them.  The goal is to proceed with our research, either just for the excitement of the chase or because we intend to have a written (printed) record to hand down through the generations.

Tracing one’s family history is a rewarding interest, made more so by sharing the experience of success and failure at our meetings. Most of us started with one or two certificates and some family stories and have managed to compile an extensive family tree. The discussions often lead from ancestral lines to the contexts in which our ancestors lived. These can be developed into the story of a village where generations lived, worked and married within a small community. Local libraries and history groups provide a rich source of information for such enquiries. In other cases there were families who were wanderers at heart and others were forced to move by the necessity of finding work. Such families usually moved into the large towns or even emigrated. Several members have made contact with distant relatives in America and Australia.

The amount of information about our ancestors continues to expand as more records are transcribed, indexed and put on line.  Our local libraries offer free access to services such as Ancestry and Find My Past at the basic level and these supplement the services which we can use at home through subscriptions.  However, it is the fact that we have a shared interest in one-another’s stories that makes the group so enjoyable.